Welcome, welcome to my very first Character Tuesday meme!
Character Tuesday is weekly meme hosted by a fellow blogger, Kak Fanda. You can read further instructions and information about this blog hop on her blog.

Today I want to introduce you to a character from a novel (which I've finished reading several weeks ago but haven't written a review on, boo me), The Marriage Plot by Jeffrey Euginides. Even though she didn't make a very good impression as a character from a book I very much anticipated, she was interesting enough to be almost relatable.
Are they protagonist or antagonist?
Madeliene Hanna is a protagonist of this book.
Who are they? What was their role in the book?
She is an English student in Brown University, currrently writing her thesis on Jane Austen and George Elliot, the masters of great marriage plots. As predicted, here in this book Madeliene struggles with her own romance; as in usual marriage plots, a woman usually has to decide between two males, she finds herself trapped in the very same situation.
There is a quite funny fact passage about her major:
"Some people majored in English to prepare for law school. Others became journalists. .....That left a large contingent of people majoring in English by default. Because they weren't left-brained enough for science, becuase history was too dry, philosophy too difficult, geology too petroleum-oriented, and math too mathemical--because they weren't musical, artistic, financially motivated, or really all that smart, these people were pursuing university degrees doing something no different from what they'd done in first grade: reading stories. English was what people who didn't know what to major in majored in," but "She'd become an English major for the purest and dullest reasons: because she loved to read."
(And I heard the sound of anger and laughter from eigth different directions XD)
What was your strongest impression on the character(s)? You can quote the dialogue or narration you got the impression from.
"To start with, look at all the books."
She loves reading. She doesn't only see boos as companions or homework partners, but she sees books as her lovers. Once, when she was feeling low, she avoided her friends, curled up in her bed with Roland Barthes' The Lover's Discourse; not reading it, just keeping it nearby, because she loves the book too much as it gives her comfort and solitude.
What are the strengths or weaknesses of your character(s)?
Her strength is probably her love for books. Being a bibliophile myself, reading a very bookish novel about very bookish characters makes my cry in delight. But, that strength easily becomes a weakness page by page. Madeliene has read too much of 18th and 19th century novels--and most of books on her reading list are romantic comedies--and that makes her very "Incurably Romantic". She is trapped between two "suitors"--more on this later--and rather than trying to find solutions to this problem through contemporary literature, she reflects way back to classic books. She is so smart, but oftentimes she fails in relationships because of very obvious reasons and it makes me wonder, does her "Incurably Romantic"-ness have a say in all this mess?
How do they develop throughout the book?
She develops throughout the book by making mistakes and making the right decisions in her life, especially in her relationship. She also learns how to respect other people's feeling, how to get over someone, how to be a great friend. At first I see her character as a passive and very oblivious woman, but she becomes more and more mature to the very end page.
What makes you love/hate them?
Of course, I love her love for books. I really hate her for being to sentimental and too passive; I for once wants to see her yells in anger or gets terribly drunk and drunk-dials Leonard and strips on the street, but that would mistakenly make her very Gossip Girl-ish. Instead, she becomes a little bit of a womanizer without being true and honest to her own feelings, and it's very tiresome to watch. Also, I hate the fact that a lot of very dreamy boys goes after her crazily while her character strikes me as too.. normal. But well, that sentiment comes out of pure jealousy.
What lessons or influences you got from them?
What I can learn from her is: don't fall in love with the guy in class at his first invitation for coffee just because I and the said guy share intimate discussion on literature; he may turn out to be depressed and the possibility of you get calls every four hours is inevitable. Gee, thanks Madeliene, I've learned my lessons!
Posted by Unknown at 3:39 PM 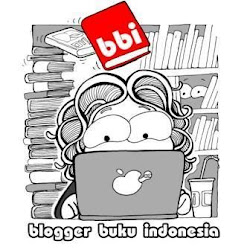